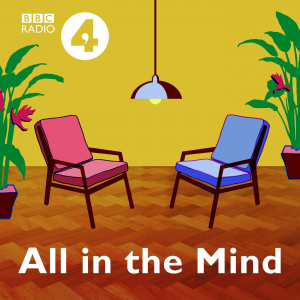 A community charity in Wakefield has won the BBC Radio 4’s “All in the Mind” Awards 2021, scooping the award against over 1000 other entrants. Founded in 2013, Spectrum People triumphed in the Group Category of the Mental Health Awards on 28th June after being nominated by their volunteer and service user, poet Dawn Bland. 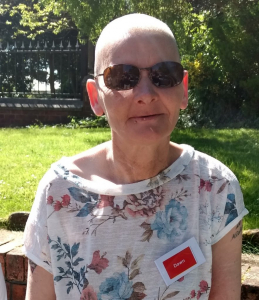 Dawn is a campaigning poet and artist who has been working with the charity since 2015. Spectrum People has supported her in publishing three poetry books and has attended speaking events and conferences to raise awareness of issues including domestic violence, homelessness and stigma around mental health.

In nominating the charity, Dawn said: “I am a survivor of childhood trauma and have battled domestic violence, homelessness and addiction. Now in my 50s, I feel stronger but the pandemic really tested this – without Spectrum People and their projects I can honestly say I wouldn’t be here. They helped me survive, phoning me 7 days a week, checking up when I didn’t respond, leaving art canvasses and materials outside my flat, helping me through.”

Dawn’s artwork has previously been exhibited during the Wakefield ArtWalk (pre-COVID-19) and more recently in Together and Apart, an exhibition run by Creative Wakefield focusing on art during the pandemic. She is also an ambassador for Art Therapy, which helps people to work through difficult or traumatic experiences using creative expression.

Spectrum People, part of Spectrum Community Health CIC, is an independent charity supporting people of all ages in Wakefield and district who are facing barriers in their lives 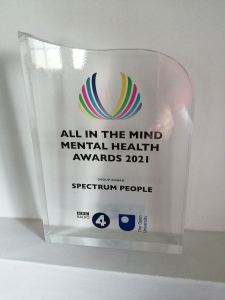 due to issues including mental ill health, addiction, homelessness, offending behaviour, learning difficulties and other disabilities.

The charity is volunteer-led and runs many projects, all in partnership with other charities, the local authority, NHS and others. These include Appletree Allotment and Community Garden (in Agbrigg), Safe Space, Wakefield and other initiatives. The charity also works alongside organisations Askern Bryan College – running Prince’s Trust, and Wakefield Trinity and Wakefield Youth Service – running NCS (National Citizens Service). Spectrum People also provides Art Therapy projects and has supported Dawn Bland in running her own Art Support Group.

Bridget Gill, Charity Manager, said: “It’s amazing to be put forward for this award and we are really touched by Dawn’s words about the impact of our project. The whole team contributes to this – volunteers, trustees and staff – and it is fantastic to be nominated by Dawn. Two of the team were able to join Dawn and me in London at the awards, such a significant occasion after so long”.

About “All in the Mind”

“All in the Mind” is BBC Radio 4’s magazine programme on mental health, psychology and neuroscience, which has been running for over 30 years. The aim of the awards is to celebrate the ‘unsung heroes’ of mental health, asking the public to nominate projects and professionals who have had the biggest impact on their mental health. Spectrum People were nominated in the Group Category alongside two other finalists – listen to a clip of their winning nomination here.

If you're struggling with January blues, take a look at this month's Action Happiness Calendar for tips on how to have a #HappierJanuary. Today's top tip is: 'take a small step towards an important goal'

✔️Check out our 6 top tips for building and maintaining healthy relationships. What tips would you add❓

They have made an INCREDIBLE difference through their work! Read their stories & vote to crown the winner 🏆

Research partnership behind the PROVENT Antibody Trial are finalists for the...