You are here: Home / Services / Substance Misuse Services / Do I have a problem? 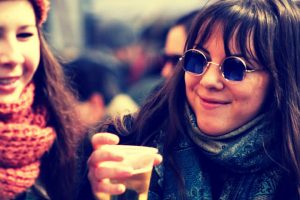 Do you have a problem?

Many people drink alcohol occasionally and describe themselves as “social drinkers”. This means that recognising when you might have a problem with alcohol can be difficult. You might become concerned about your drinking if:

You don’t need to be drinking heavily or “dependently” to be at risk – over time, drinking beyond the safe recommended limits can increase your risk of harm at any age. Spectrum works across many areas in the North of England to provide free, tailored support for people struggling with drugs and alcohol. Click the links below to find contact details for your local service or email PR@spectrum-cic.,nhs.uk.

Hazardous drinking is defined as when a person drinks over the recommended weekly limit of alcohol (14 units for both men and women).

If you are drinking hazardously, you may not yet have any health problems related to alcohol, but you are increasing your risk of experiencing problems in the future.

Harmful drinking is defined as when a person drinks over the recommended weekly amount of alcohol and experiences health problems that are directly related to alcohol.

In some cases, there may be obvious problems such as:

Many of the health problems that occur as a result of harmful drinking do not cause any symptoms until they reach their most serious stages. These include:

This means it can be easy to underestimate the levels of physical damage that is caused by harmful drinking. Harmful drinking can also cause related social problems, such as difficulties with your partner or spouse, family and friends or at work or college.

Alcohol is both physically and psychologically addictive. It is possible to become dependent on it.

Being dependent on alcohol means that a person feels that they are unable to function without alcohol, and the consumption of alcohol becomes an important, or sometimes the most important, factor in their life.

Severely dependent drinkers are often able to tolerate very high levels of alcohol, and they are able to drink amounts that would incapacitate, or even kill, most other people.

Units and the risks of alcohol misuse

Alcohol is a powerful chemical that can have a wide range of effects on almost every part of your body, including your brain, bones and heart.

Alcohol and its associated risks can have both short-term and long-term effects. In 2009-10, there were around 1 million hospital admissions due to an alcohol-related injury or condition.

Our Alcohol Liaison Service or Inspiring Recovery Service can help you safely reduce your alcohol intake. Here is some simple advice which may help.

The rate you reduce your drinking is up to you as you are in control. It’s important to try to strike a balance between not cutting down so quickly that you get severe withdrawal symptoms and not so slowly that you never actually stop!

Where to Get Help

Where to get help

We provide services in:

We understand that the circumstances that people are in can be very difficult. In the Wakefield District, under our West Yorkshire Finding Independence project (or WY-FI for short), we offer added assistance to help people who have at least three of the following four issues: