It’s important to bust the myths around HIV so that stigma within communities can be reduced. Helping people to have a better understanding on HIV and how it impacts peoples lives will contribute to this.

Read through the myths below and then try our HIV quiz to test your knowledge! 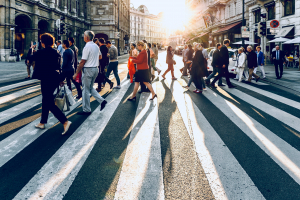 MYTH: HIV does not affect heterosexuals

This is a myth. Anyone can get HIV.

People who are at higher risk of becoming infected with HIV include:

MYTH: I’m HIV Positive – my life is over!

This is a myth. In a 2014 poll by the charity, the National AIDS Trust, only around 1 in 8 people realise you can have a normal lifespan with HIV with treatment. There is no cure for HIV, but there are treatments to enable most people with the virus to live a long and active life.

MYTH: If I have HIV, it means I will get AIDS

This is a myth. AIDS Stands for Acquired Immune Deficiency Syndrome. AIDS is a later stage of HIV infection, during which time someone who has the HIV virus may develop frequently fatal infections and cancers.

This is a myth. You CANNOT get HIV by…
…kissing
…spitting
…contact with unbroken, healthy skin
…being sneezed on
…being coughed on
…sharing baths, towels or cutlery
…using the same toilets or swimming pools
…mouth-to-mouth resuscitation
…contact with animals or insects such as mosquitoes

The virus does not spread through the air like cold and flu viruses.

In the UK, most cases of HIV are caused by having sex without a condom with a person who has HIV.
A person with HIV can pass the virus to others whether or not they have any symptoms. People with HIV are more infectious in the weeks immediately following infection and in the later stages of the disease.

HIV treatment significantly reduces the risk of someone with HIV passing it on.

MYTH: HIV is only passed on via contact with infected blood.

This is a myth. If someone with HIV has a detectable viral load and therefore isn’t on HIV treatment, they can pass on HIV through the following body fluids:

MYTH: A woman with HIV will pass on HIV to her unborn baby

If you’re living with HIV and could get pregnant, your clinic will support you with your reproductive health choices and with the pregnancy and birth if you decide to have children.

MYTH: You can tell if someone has HIV by looking at them.

This is a myth. The only way to know if you have HIV is to have a test. Our team can arrange a test for you. Find your nearest clinic here.