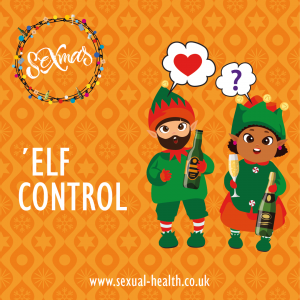 Alcohol can affect your judgement and you might be easily influenced when it comes to sex. You might make some rash decisions, such as having unprotected sex, which can lead to an unwanted pregnancy or sexually transmitted infections (STIs), such as chlamydia, syphilis, and gonorrhoea.

Drinking alcohol can change your perception in certain situations, and may stop you from making sensible decisions, such as using a condom for protection against pregnancy and sexually transmitted infections. If you’re drunk, you’re less likely to be thinking clearly enough to talk to your partner about using condoms or to use condoms properly.

Sexual assault can happen to anyone, regardless of how old they are, whether they’re male, female, gay, straight or bisexual. Being drunk can make you more vulnerable to this. If someone tries to have sex with you and you don’t want to do it, you always have the right to say NO and not consent, whether you’re drunk or not.

Some tips for staying safe:

If you’ve been sexually assaulted, you must remember that it wasn’t your fault. Sexual violence is a crime, regardless of who commits it or where it happens. Visit our Sexual Assault and Rape page for support.

Don’t just take our word for it, our staff testimonies speak for themselves.

Find out what our staff love about prison healthcare and working for Spectrum. We’re currently recruiting. Head here to find out more 👉 http://bit.ly/3N0dyqG

We're recruiting for various prison healthcare roles in @HmpHull @HMPLowNewton @HMP_Humber @HMPNULAND and @HMPHolmeHouse come and join us at our recruitment events and see what it's like to work in a prison environment 👉 https://bit.ly/3N0dyqG

Breathe new life into your career with a role in prison #healthcare.

Join us at our upcoming #recruitment event @HMPHull and Be the Difference in Prison Healthcare.