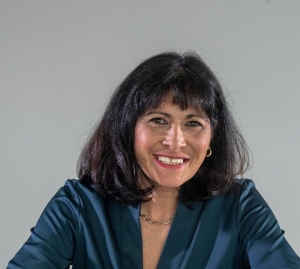 Spectrum’s Chief Executive, Dr. Linda Harris, has been awarded an OBE for services to the NHS – an amazing achievement which marks a continuing commitment over a 30-year career.

Before establishing Spectrum in 2011, Linda had a distinguished career in the NHS initially as a local Wakefield GP before going onto help establish community substance misuse services in Wakefield and then into secure settings (see her blog). Growing services ‘from the ground up’ and introducing new models of care, she has always been passionate about supporting vulnerable people and tackling health inequalities.

Linda’s leadership has helped to establish Spectrum Community Health CIC as a key provider of healthcare services in Health & Justice, Sexual Health and Substance Misuse, developing a local organisation into one with a footprint across the North of England. In that time, our staff numbers increased from 70 to over 850 in 2020. Linda also established Spectrum’s charity (Spectrum People), our training arm, SLD Training and the Transform Research Alliance of social enterprises interested in social impact research.

She says, “I have been overwhelmed by this honour and by the kindness of the messages I’ve received from friends and colleagues since the news was announced. The number of people who have reached out is a reminder of the amazing and committed people I am privileged to work with and I am very grateful.”

Celebrating service to the NHS

Linda began her career in London’s East End, where she trained at the London Hospital in Whitechapel and worked as a GP in Newham before coming to Yorkshire. She was the first of her family to study medicine and her mother, who was part of the Windrush generation that came to the UK in the 1960s, worked in the NHS for over 30 years as a mental health nurse. Linda’s mother was the first person she told about the honours – a particularly poignant and important moment.

Linda said, “My Mum’s time in the NHS taught me the importance of public service and still influences my values today. My ultimate goal has always been to put the patient at the centre of healthcare, plug the gaps that so many vulnerable people fall through and challenge the stigma they so often face in accessing services.”

Linda is of the a Fellow of the Royal College of General Practitioners (RCGP) and also chairs NHS England/Improvement’s Health and Justice Clinical Reference Group. It’s great to see her recognised for her hard work, passion and dedication to patients.