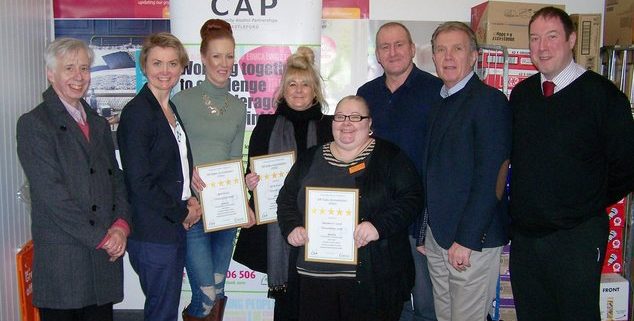 Community partners in Castleford are tackling underage drinking through a new scheme which ‘scores’ off-licences against a set of harm prevention standards.

Led by Community Alcohol Partnerships (CAP) and Spectrum Community Health CIC, retailers are being encouraged to promote the legal drinking age and raise awareness of harms caused to families and communities by underage drinking. The legal age for consuming alcohol in the UK is 18, although 16 and 17-year olds may drink alcohol with a meal if they are accompanied by an adult.

In 2014, a survey by the national alcohol charity Drinkaware found that almost half (48%) of pupils aged 11-15 in England thought it was okay for someone of their age to try alcohol.

The scheme assesses off-licences against competencies relating to these standards, examining record keeping, the use of CCTV, staff training, work with partner agencies, fire safety and knowledge of how to refer people into treatment services. Each off-licence is awarded a points total and scored based on One to Five Stars.

On 3 February, the first three stores to complete the assessment were presented with Five Star certificates by Yvette Cooper MP:

The six-month pilot will continue in Castleford until August 2017, when it will be evaluated. If successful, the project could extend to other areas of the Wakefield District and Community Alcohol Partnerships across the country.

“This Scheme allows us to work closely with local businesses to reduce underage drinking and raise awareness of the impact that it can have on local communities. We are delighted that three businesses have received Five Star Awards, and as the project progresses we are hopeful that more retailers in Castleford will sign up to the scheme.”