You are here: Home / Campaigns / Festival of Leadership & Learning – Sign Up
Back 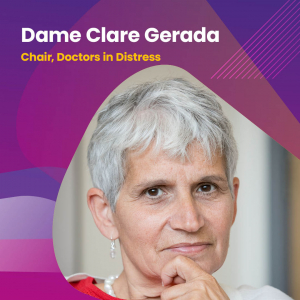 Clare has just passed her 30th year milestone working in the same GP practice in South London. She began working there having first trained in psychiatry and the Maudsley. Clare has worked at the interface between mental health and primary care ever since with a special interest in the care of substance misusers, the homeless and currently mentally ill doctors.

For the last 14 years she has led the largest physician health service in Europe and to date the service has had over 14,000 doctors and dentists with mental illness present. Clare led the Royal College of General Practitioners between 2011-2013, only the second women in its history to at its head.

She trained in group analysis, obtaining the Diploma of Group Analysis in 2014. As well as her work with mentally ill health professionals, she currently leads a service for those with gambling addiction. She is also Chair of Doctors in Distress, a Charity whose aim is to reduce suicide amongst all health professionals through creating groups where staff can come together to talk about the emotional impact of their work. 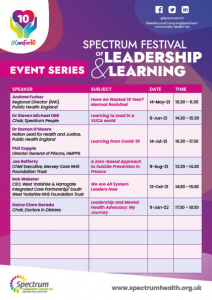 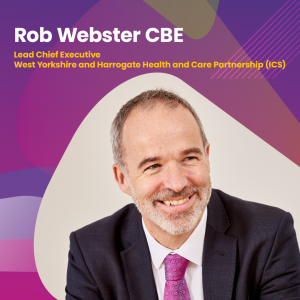 Rob has worked in healthcare since 1990, taking on national leadership roles in the Department of Health on policy, transformation and delivery. He has been a director for both the Prime Minister’s Delivery Unit in the Cabinet Office and a national public/private partnership. He was Chief Executive of the NHS Confederation between 2014 and 2016, having proven to be a successful Chief Executive in the NHS since 2007, running a number of commissioning organisations and providers of NHS services. He has chaired formal cancer, primary care, community trust and learning disability networks.

Rob is defined by a values-based approach to leadership. He is a visiting Professor at Leeds Beckett University and was proud to be made a Fellow of the Queen’s Nursing Institute in 2014. In May 2016, Rob became an Honorary Fellow of the Royal College of General Practitioners. In 2020 he was made a Commander of the Order of the British Empire (CBE). 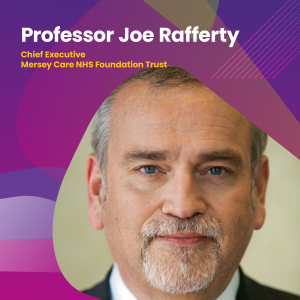 Professor Joe Rafferty has led at a senior level in the NHS nationally, regionally and at Trust level for over 20 years. He has been the CEO of Mersey Care for 9 years and in that time has overseen the complete modernisation of services, both for local residents of Liverpool and Sefton and also for mental health and learning disabled patients from all over the country including at Ashworth Hospital and other secure sites in Cheshire & Merseyside.

He has been an ardent campaigner for safety in mental health services. As such he founded the Zero Suicide Alliance in 2018 and was awarded Commander of the Order of the British Empire in the 2020 New Year’s Honours list. 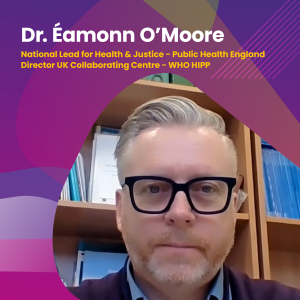 Dr. Éamonn O’Moore is a medical doctor (qualified from UCD, Dublin in 1991) and consultant in public health medicine. He works as National Lead for Health & Justice for Public Health England and as Director of the UK Collaborating Centre for the WHO Health in Prisons Programme (EURO Region).

He is currently leading the response to COVID-19 as it impacts on prison and detention settings in England and supporting work by the WHO internationally to mitigate the impact of COVID-19 on prison populations. 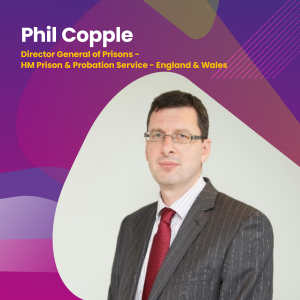 Phil has worked in offender management for 30 years. He joined the Prison Service in 1990 as a prison officer before undertaking a range of managerial posts at different prisons, as well as Headquarters.

He took up his first Governor post at Deerbolt, an establishment for young adult men, in 2000. He was Governor of Frankland, a high security prison, from 2002 to 2006, after which he became Area Manager for prisons in North East England and then the North East Director of Offender Management within the National Offender Management Service (NOMS), with responsibility for both prisons and probation in the region.

Phil became a member of the NOMS Board in 2011 and served as Director of National Operational Services, Director of High Security, Director of Public Sector Prisons and Chief Operating Officer. He had a short spell seconded to the Ministry of Justice’s Strategy Unit working on prison strategy in 2015.

Upon creation of HM Prison and Probation Service (HMPPS) Agency in April 2017, Phil took up post as Executive Director Prisons, with responsibility for all prisons in England, as the Agency’s Head of Profession for prisons.

Under a revised structure, Phil became Director General of Prisons from November 2019. 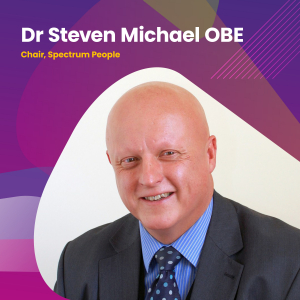 Steven is a long-standing public-sector leader and manager.  He began his career working as a registered mental health nurse, moving on to work in the charitable sector and then returning to the NHS in a variety of clinical leadership and management roles.

In his final full-time NHS role, he was CEO of South West Yorkshire Partnership NHS Foundation Trust, a role he occupied for a decade.

In addition, Steven has occupied roles at a national level, having been Chair of the Mental Health Network and a Trustee of the main Board of the NHS Confederation.  He is currently Independent Chair of Cheshire East Partnership, a Non-Executive Director of Pennine Acute Hospitals NHS Trust and Chair of Spectrum People, a Wakefield based charity.

He has extensive experience of working with universities, including: Newcastle, Leeds, Lincoln and Huddersfield (where he recently completed a Research Doctorate concerning strategy development in complex human systems).

Steven was awarded an OBE for services to healthcare in 2014. 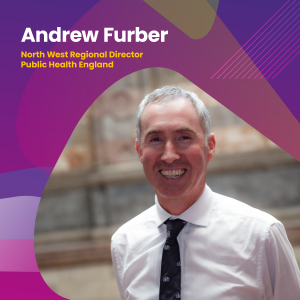