You are here: Home / News / 13,500 people living with an undiagnosed HIV infection in the UK 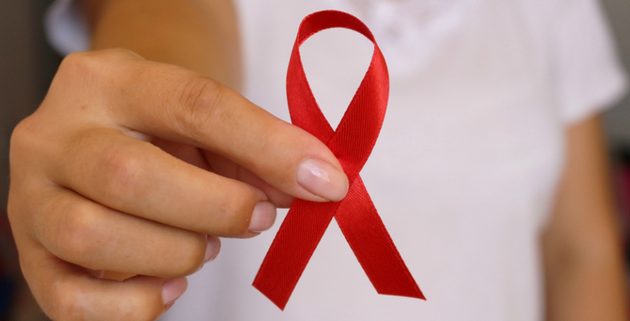 According to new figures released on World AIDS Day (WAD) by PHE, an estimated 101,200 people are living with HIV in the UK. Of these more than 13,500 are living with an undiagnosed infection. PHE is working to reduce the number of people living with undiagnosed HIV by improving access to testing and is funding HIV home-sampling test kits which can be ordered online.

It is critical that anyone who is at risk of HIV, such as those living in high prevalence areas or who have recently had sex with a new or casual partner, gets tested because those diagnosed early can have a life expectancy almost matching that of people who are HIV free.

96% of people diagnosed with HIV are receiving treatment, which is good for their long term health, but also means almost all (94%) on treatment will have undetectable virus levels and pose virtually no risk of passing the virus on to sexual partners.

Of the 6,095 people diagnosed with HIV in 2015, 39% were diagnosed at a late stage of the infection. People who are undiagnosed or diagnosed late have poorer health outcomes and are more likely to die prematurely, they are also more likely to pass on the infection to others. NICE has published guidance to support increased uptake of HIV testing.

The guideline recommends HIV testing is offered in hospitals, A&Es and GP practices in areas of high HIV prevalence.

“It is very worrying that so many people with HIV are living with an undiagnosed infection and may be putting sexual partners at risk.

“Regular HIV testing ensures that people who are unaware of their infection are quickly diagnosed and start receiving safe and effective treatment. There are now several effective ways to prevent HIV transmission. We are again working with local authorities to fund the HIV home-sampling test kit, so that those people who are less likely to visit their GP, sexual health clinic for a HIV test – can take the test at home. It is essential that health services are aware of the prevalence of HIV in their local area and the potential demand for HIV testing.

“Ultimately, it is important that people avoid the risk of developing HIV by wearing a condom and practicing safe sex.”

“Stopping HIV is still a priority. It is clear that we must do more to reduce the number of undiagnosed cases however, significant progress is being made to diagnose HIV early and the proportion of people with undiagnosed HIV fell from 25% to 13% since 2010.

“We will keep working with Public Health England and NHS England to encourage people, particularly those from African communities who are often diagnosed late, to get tested and fight the stigma associated with HIV.”

Don’t just take our word for it, our staff testimonies speak for themselves.

Find out what our staff love about prison healthcare and working for Spectrum. We’re currently recruiting. Head here to find out more 👉 http://bit.ly/3N0dyqG